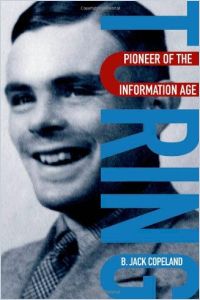 B. Jack Copeland, professor of philosophy at the University of Canterbury, Christchurch, New Zealand, is the director of the Turing Archive for the History of Computing.

Alan Turing was born near Paddington Station in London on June 23, 1912. The son of wealthy parents, he attended Hazelhurst, a tony boarding school. He next enrolled at Dorset’s Sherborne School, where he developed his lifelong interest in mathematics. In 1931, he gained a scholarship to King’s College, Cambridge. He earned a fellowship and the prestigious Proceedings of the London Mathematical Society (LMS) became the first magazine to publish his research.

In 1936, after investigating a foundational mathematics issue, Turing prepared a research report entitled “On Computable Numbers, with an Application to the Entscheidungsproblem.” Once again, the Proceedings of the LMS published his paper. Today, computer professionals consider it to be the bedrock of “modern computer science.”

Turing came to the United States to study at Princeton University. He earned his PhD in only 18 months, instead of the usual three years. In his thesis, Turing speculated presciently about “oracle machines” – “mathematical models of computers, such as laptops or smartphones, that are communicating...