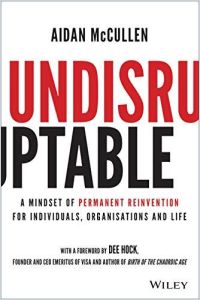 Forbes magazine heralding Nokia as the “cell phone king” in 2007 marked the start of a dramatic downward trend for the company. Instead of reinventing itself by pursuing a smartphone prototype, Nokia doubled down on defending its position. The results are clear. Lecturer and reinvented rugby player Aidan McCullen advises companies and people to continually reinvent their products and themselves, to be open to failure and to continually evaluate their capabilities.

Nokia squandered a chance to lead the smartphone wave.

In November 2007, Forbes featured Nokia as dominating the cell phone market. Within six years, Nokia had only 3% of that market. If Nokia had continued to work on a prototype smartphone and a store for applications it had conceived, history might be quite different.

Nokia exemplifies the fate of companies that become successful and spend their time defending their position instead of looking for the next innovation. People and companies often hesitate to move forward on a new venture or invention, fearing they will lose what they have. The pace of change today is faster than ever before. Increasingly, companies will face Nokia’s fate unless they embrace permanent reinvention as the new normal.

Some 75% of corporate transformation programs don’t succeed because the status quo dominates. This figure is similar to the percentage of people’s failed New Year’s resolutions. In business or life, you need to do more than change your actions, you need to change how you think about change.

Strive for transformational changes, not incremental ones.