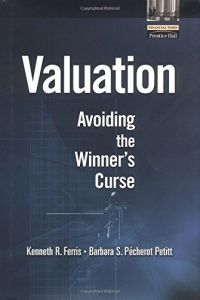 The evidence is undeniable - most mergers fail and most acquisitions never achieve their promised synergies. Yet firms keep bidding top prices to acquire targets. Economists have a name for this phenomenon: the winner’s curse. This theory says that the winner in any auction is apt to be the bidder who has most drastically overestimated the purchase’s value. The winner, in this case, turns out to be a real loser. Authors Kenneth R. Ferris and Barbara S. Pecherot Petitt present compelling examples of companies that overpaid disastrously for acquisitions. They outline several approaches to valuation that might spare other companies from that sorry fate. getAbstract.com recommends this comprehensive and quite directly applicable book, which is full of cautionary notes and recommendations on how and when to use various valuation models. Why do companies continue to flirt with the winner’s curse? The authors conclude, perhaps naively, that companies simply don’t know how to correctly value their targets. Whatever the cause, there continue to be many cases where losing, rather than winning, would be a blessing to shareholders.

In 1997, Eli Lilly & Company suffered a $2.4 billion charge because its $4.1 billion acquisition of PCS Health Systems turned out to be worth less than half of what it had originally anticipated. Lilly’s experience, while extreme, is not unusual. Most mergers and acquisitions destroy shareholder value.

Investment valuation is simple in theory. A financial asset is worth "the present value of the future cash flows." Thus, valuing an asset should be a simple matter of calculating future cash flows and applying the appropriate discount rate to derive their present value. However, in the context of mergers and acquisitions, the fundamentals of finance often seem irrelevant. A great body of academic literature and analysis indicates that the average premium paid in a merger or acquisition ranges from 20% to 30% above the target’s pre-merger stock price. Why do acquirers pay such premiums? They may be intent on gaining the benefits of synergy, obtaining tax advantages or getting a bargain, in the belief that the market does not recognize the target’s real value. However, acquirers often overpay because: 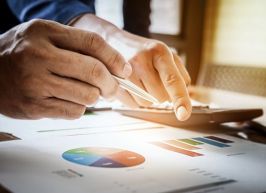