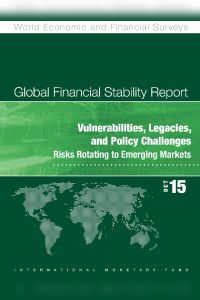 During the Great Recession, the world changed: The financial markets of the United States and Europe went from stalwarts to laggards, while all the action was in China and other emerging economies. Now the world is pivoting again, in a cycle of “risk rotating to emerging markets.” This comprehensive, even-handed report from the International Monetary Fund offers reams of data and charts that outline how global markets are shifting, why liquidity remains a challenge and how rising corporate debt in emerging markets poses new risks. Readers, be warned: Economists have written this analysis for a professional audience. They offer little in the way of punchy prose or concrete examples to help lay readers, but the information is solid. getAbstract recommends this authoritative paper to investors, executives and policy makers seeking an in-depth look at swings in global markets.

Economic Momentum Shifts Back to the Developed World

In the years just after the Great Recession, emerging markets boasted almost all the economic momentum. With China leading the way, developing nations enjoyed hefty growth and a boom in commodity prices. Rich nations, on the other hand, suffered through the hangover of the 2008 financial crisis.

That trend is changing, however. China is slowing, and the developed nations have staggered to their feet. Between April and October of 2015, advanced economies grew more stable, while emerging economies became more risky. The US recovery is progressing, but not at a pace rapid enough to create pressure on wages and prices. The Federal Reserve seems poised to raise interest rates, ending a period of “extraordinary monetary accommodation.” Europe also shows signs of stabilization. Moves by the European Central Bank (ECB) have raised asset prices, tightened spreads and boosted credit. Japan, too, is slowly recovering. While the Fed could normalize policy soon, experts don’t expect the ECB to do so until at least 2018.

Corporate investment, equity prices and bank lending have all picked up in the developed world, yet it...