Summary of Way of the Turtle 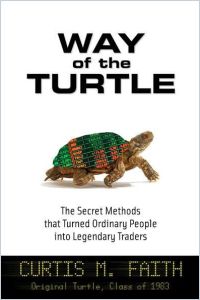 This trading-room memoir harks back to a group of novices whom experts recruited in the 1980s and – to fulfill a bet – trained to be traders. The training worked, according to the most successful student, author Curtis M. Faith. His memoir promises what any capitalist would love to possess: the secret to making money in volatile markets. Alas, Faith tells us, there is no secret. Successful traders analyze markets to find an edge, then remain disciplined enough to pursue that edge, even when their hearts and their guts try to overrule their brains. In spite of constant references to Donchian channels and Sharpe ratios, Faith assures readers that trading isn’t a matter of using secret formulas but of applying time-tested wisdom. His tome is intriguing because it lets you inside the thoughts of someone who made $30 million as a trader (so no wonder he tends toward the self-congratulatory, though his anecdotes are entertaining). getAbstract recommends this to traders seeking an advantage and to those who want to watch the experts try to beat the odds.

Curtis M. Faith learned the Turtles’ lessons well: He earned more than $30 million while trading as a Turtle. An innovator in the use of trading systems and software, he heads research and development for a trading software firm.

In the early 1980s, successful traders Richard Dennis and William Eckhardt made a bet. Dennis thought anyone could learn to trade profitably. Eckhardt believed people had to be born with trading talent. To settle their dispute, Dennis took out ads in The Wall Street Journal seeking trainees. More than 1,000 hopefuls applied, and Dennis chose the 13 smartest, most promising applicants. Curtis M. Faith, then only 19, was an initial trainee. Dennis called his class the “Turtles” after he visited a turtle farm in Singapore and decided that, just as the farmers were raising turtles, he could cultivate successful traders. Faith and his classmates weren’t typical guys off the street. They were all highly intelligent, and adept at math and analysis. The group included a Ph.D., former professional gamblers and several professional traders. Dennis won the bet. Clearly, he could train traders. Faith, for one, eventually made more than $30 million as a trader, though he also went through a phase when he could barely pay for a hotel room.

Dennis put the recruits through a two-week training session. One initial lesson: Traders are... 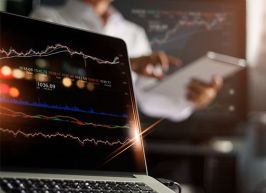