Summary of We Need to Talk About an Injustice 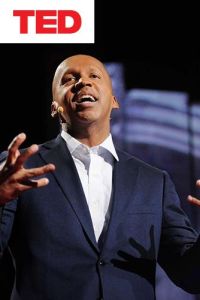 “We cannot be full, evolved human beings until we care about human rights and basic dignity.” This is the central thesis of public-interest lawyer Bryan Stevenson, who passionately reminds a captivated TED audience that innovation and technological advancements count for little while people continue to suffer persecution and discrimination. getAbstract urges anyone with a desire to eliminate injustice in the United States and beyond to listen to and discuss Stevenson’s poignant, inspirational message.

“There is power in identity.” When lawyer Bryan Stevenson was a boy, his grandmother asked him to promise to take care of his mother, to do the right thing even in the face of adversity and to steer clear of alcohol. He fulfilled her three requests and, as an adult, credits this conversation for helping to mold his identity. In a similar vein, when Americans don’t discuss or care about imbalances in the criminal justice system, they put the national identity at risk. More than two million people live in US prisons today. Some of the incarcerated are children; America is the only nation in the world to sentence young teens to life behind bars without parole. In major US cities, some 50% of young black men are in prison or on parole or probation. Wealth, not guilt, often decides who goes to jail. In some states, people with a criminal record permanently lose the right to vote. By 2022 in Alabama, “the level of disenfranchisement will be as high as it’s been since prior to the passage of the Voting Rights Act.” One in nine people on death row are later found to be innocent, yet US citizens deliberately ignore the issue. No one speaks of these injustices.

“We have a system of justice in [the United States] that treats you much better if you’re rich and guilty than if you’re poor and innocent. Wealth, not culpability, shapes outcomes.”

America’s history of terrorism toward African-Americans is a taboo subject, but a lack of open discussion regarding this era of violence prohibits the “truth and reconciliation” process necessary for growth and healing. For instance, the states of the Old South still employ the death penalty, which is meted out disproportionately to black males, on the same soil that holds the bodies of lynching victims. In contrast, capital punishment would be “unconscionable” in modern-day Germany, especially if it were administered chiefly to Jewish people, given the nation’s dark history.

“The moral arc of the universe is long, but it bends toward justice.”

The United States’ identity is in jeopardy. Innovations or technological advances alone don’t gauge progress. How a society treats its less fortunate members is a more important yardstick. All humans deserve a justice system that treats them with dignity. Stevenson once motioned in court to have his 14-year-old black male client tried “like a privileged, white 75-year-old corporate executive.” As Stevenson faced the backlash in the courtroom, an elderly, black janitor approached him and urged Stevenson to keep his “eyes on the prize, hold on.” Similarly, Stevenson appeals to the TED community and to individuals to hold on and to unite their goals with “visions of humanity, compassion and justice.”

Bryan Stevenson is the founder of the Equal Justice Initiative, an organization that strives to eliminate discrimination against African-Americans from the US justice system.

Are Parents Exploiting Their Kids on Social Media?
7
Leveraging Privilege for a Greater Good
8
The Three Tells
9