Summary of We Said We’d Never Talk About Hijab 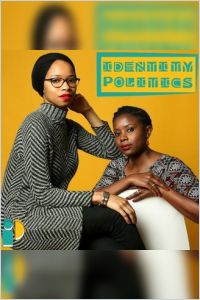 When you see a hijab – the head scarf that some Muslim women wear – you might associate sexism and paternalistic cultures. You may even pity the women wearing it and imagine they live under strict religious control. Identity Politics is a podcast about being a Muslim woman of color in America. In this episode, co-hosts Ikhlas Saleem and Makkah Ali and producer Hibba Meraay exchange their views on hijab in a casual but intelligent chat. Their varying backgrounds, stages of life and perspectives provide a nuanced view and valuable insights especially for outsiders who aren’t familiar with the customs, social pressures, and cultural and religious considerations that come up when a woman decides to be – or not to be – a hijabi.

Identity Politics is a podcast on race, gender and Muslims in America. Co-hosts Ikhlas Saleem and Makkah Ali invite guests for informal chats about issues that affect their lives as Muslims. Hibba Meraay is a producer at the podcast.

For Muslim women, culture context makes talking about hijab and their experiences with it difficult – both privately and publicly.

Podcast host Makkah Ali asked her Twitter followers about their views on hijab. Her post sparked an outpouring of personal and emotional responses on the topic. Overwhelmingly, the women participating in the online discussion expressed appreciation for the opportunity to talk openly about hijab. The choice of whether to wear a head scarf is personal. Because women consciously try to avoid shaming others for their choices, they often skirt the topic entirely. They won’t say anything to a friend who, for example, removes her hijab after years of wearing it.

In many families, mothers no longer have serious conversations about hijab with their daughters. These mothers may still be reeling from their own experience of being forced to wear hijab as they grew up, but they also may avoid the subject because the wider community has shamed them “into fearing and hating something that can be really beautiful,” as one Twitter respondent put it. Encouraging daughters to wear hijab without ...