Summary of Welcome to Management 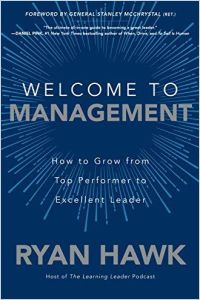 Congratulations! You’ve gained promotion to manager. Unfortunately, the skills that made you great at your old job likely have little or no relevance to your new management position. Management skills are not sales skills, engineering skills, accounting skills or other work capabilities. Leadership expert Ryan Hawk’s comprehensive book of insights, information and advice from top leaders outlines what you need to know to become an excellent manager.

Ryan Hawk, the head of Brixey & Meyer’s leadership advisory practice, hosts The Learning Leader Show, a podcast that is popular in 150 countries.

Many new managers don’t know much about their new jobs or responsibilities. As a freshly minted boss, do you know what you’re supposed to do? Do you know what your bosses and the employees you supervise expect? Almost certainly, they expect considerably more than you can imagine or offer at this stage.

The shift from acting as a member of your team to leading it is a major – and often unsettling – transition.

As a new manager, don’t become the latest example of the “Peter Principle.”

The Peter Principle, outlined by best-selling management author Laurence J. Peter, holds that, in hierarchal systems, people achieve promotion up to their individual “level of incompetence.” Put another way: Individuals rise up through their organization’s hierarchy until such time as the company moves them into a higher-status job for which they lack the necessary skills. At that point, those previously successful employees begin to perform poorly.

However, if you’re willing... 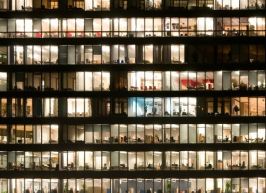