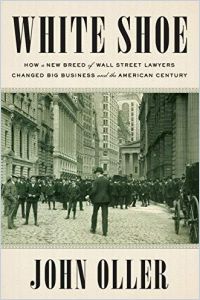 From 1890 to 1920, a group of Wall Street corporate lawyers revolutionized big business.

After the Civil War, the United States became more industrialized and urbanized. Corporations ballooned in size and complexity – and so did the “white shoe” law firms representing them. Named for their signature white buck shoes, the Ivy League-educated lawyers did their negotiating, facilitating and drafting documents in the conference room instead of arguing cases in court. Often dismissed as robber baron cronies, a number of these lawyers pushed for more effective regulations for big business.

One prominent lawyer was Paul Cravath. He developed the “Cravath system,” a set of management principles law firms still use today. Cravath hired associates from top law schools, paid them the city’s highest salaries, and worked them nights and weekends. With his “up or out” policy, young lawyers had five to eight years to distinguish themselves before becoming a partner or leaving.