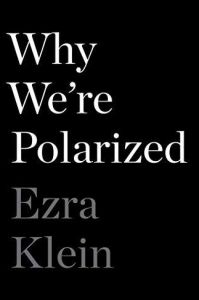 The review below was first published in the getAbstract Journal on Apr 5, 2021.
We’ve reviewed this title for you as we currently cannot offer a summary.

The Psychology of Partisanship

Journalist Ezra Klein explores how partisanship in America has become synonymous with identity – and why that merging explains and reinforces faults in the US political system.

Donald Trump’s election in 2016 astounded many people. But his victory was not a glitch in the system. Instead, argues Ezra Klein – co-founder of the news site Vox and host of The Ezra Klein Show podcast – it was the culmination of years of polarization in a political system that is beginning to show its deep and serious flaws. Once, membership in the Democratic or Republican parties said relatively little about an American’s sense of self. But today, Klein explains, people view the political opposition as nothing less than an existential threat.

How did the United States reach such levels of division? Klein succinctly sums it up: “identity politics,” burnished by deep-seated tribal instincts. Klein’s uncomfortable but incisive assessment leads commentator Fareed Zakaria to call this bestseller “powerful [and] intelligent.” Political scientist Francis Fukuyama says it is “superbly researched and written,” and author Andrew Sullivan considers it “well worth reading.”

Four Ways of Looking at the Radicalism of Joe Biden

The Theory of Moral Sentiments
Book