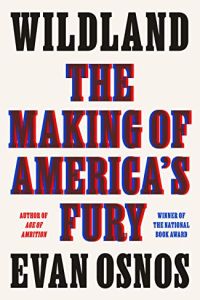 The Making of America's Fury

The review below was first published in the getAbstract Journal on Apr 28, 2022.
We’ve reviewed this title for you as we currently cannot offer a summary.

In this sweeping study of America’s cratered political landscape, acclaimed journalist Evan Osnos parses Donald Trump’s rise. Osnos concludes that the United States has long teetered on the edge of populism and that rising income inequality, the increasing hopelessness of the poor, white resentment and widespread disinformation have lit a spark that caused an inferno. Osnos’s analysis proves affecting, timely and thought-provoking, if powerfully partisan.

California’s 2018 Mendocino Complex Fire began when a rancher used a steel hammer to drive a metal spike into the ground to seal a subterranean wasp nest. This usually harmless action created a single spark that started a conflagration. Osnos argues that America’s political climate awaits only a spark to burst into flame.