Summary of You Don't Have to Be Ruthless to Win 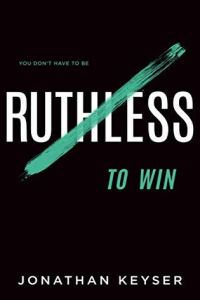 Jonathan Keyser promises that selfless service pays. After working in cutthroat commercial real estate and feeling like a phony, he changed his perspective. With help from mentors, Keyser found that selflessness led to profit. He shares his “Three Levels of Reinvention” and “15 Core Operating Principles,” while stressing that selflessness means not expecting anything in return. He warns that success in any competitive field requires perseverance and the drive to outperform everyone else. Keyser urges you to base your work on your love for your clients.

Commercial real estate broker Jonathan Keyser contributes to the media, gives talks and will soon launch the Keyser Institute to train the next generation of selfless leaders and organizations.

Following a me-first, self-serving philosophy is ultimately unsatisfying and lonely.

Jonathan Keyser vowed at a young age that he would never be poor. He thought the only way to earn money was to be ruthless and determined to win at any cost, even if that meant hurting others. He tried that path working in commercial real estate, but he was miserable.

When he came to understand that true success springs from serving others, Keyser’s life took a major turn. You, too, can succeed without selling your soul. You should never sell anything again. Your business will sell itself, thanks to your commitment to serving others.

Keyser admired his parents for always putting others first, even though it meant not having enough money to pay the bills. He learned priceless lessons from poverty. But he also decided that becoming a big success would show his parents that investing their time in him was worthwhile. When, as a Spanish-speaking salesman, he sold MCI phone plans to Hispanic customers, he realized he was a good salesman.