YouTube inspires people to create their own content and some of its creators attract a large following. Author Chris Stokel-Walker introduces readers to today’s YouTube celebrities, the colorful personalities who keep viewers watching. You may not know their names, but your kids do. YouTube, owned by Google, has become a global entertainment source, but it has faced pitfalls along with way, as people have displayed shootings, suicides, scandals and disinformation. Has lax policing hurt its brand? If you’re intrigued by the power of social platforms and the future of entertainment, tune in here.

Chris Stokel-Walker is a British journalist and expert in digital culture.

Google bought YouTube in 2006. It now has 1.9 billion registered users.

Google started developing a video streaming platform back in 2005, but start-up YouTube arrived first. YouTube focused initially on building “reach,” often to the detriment of copyright holders at the time. Clips of copyrighted material, quirky animations and home videos transfixed viewers, who watched vlogs – that is, video blogs – of their favorite “YouTubers” and interacted by liking the creators’ films, commenting and subscribing to their channels. Google bought YouTube in October 2006 for $1.65 billion. By 2019, it’s worth grew to $140 billion.

YouTube’s user content represents a paradigm shift for the production industry. In 2007, YouTube expanded globally and launched an ad revenue program that enabled YouTube broadcasters to make a living. Creators from 90 countries now receive revenue from YouTube. Being a YouTube “influencer,” a person who continually uploads video content that others want to see, is an enterprise many people aspire to join. Users already upload approximately 576,000... 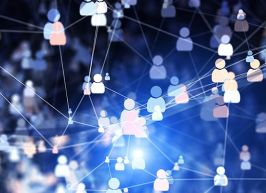