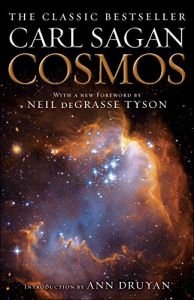 The review below was first published in the getAbstract Journal on Jan 25, 2021.
We’ve reviewed this title for you as we currently cannot offer a summary.

Writer, professor, astronomer and NASA adviser Carl Sagan explains the universe and humanity’s place in it.

Renowned writer, professor, astronomer and NASA adviser, the late Carl Sagan – a lover of science and nature – was full of wonder. For decades, Sagan was outer space for readers and viewers everywhere. A best-selling author, a regular on talk shows and on his own broadcasts, Sagan became an Earth-bound Obi-Wan Kenobi, explaining and marveling at the universe for an audience that – over decades – grew up or grew older with Sagan as a constant presence. Sagan was a showman, too, and at times could appear slick or glib, but his passion for outer space and for persuading humans to take a more universal and less angry view of existence never lessened.

This classic provides a synthesis of existing scientific knowledge of cosmology. It’s also Sagan’s love letter to the universe: a heartfelt, engaging and poetic exploration in which he shares his love and knowledge through prose and an astonishing array of deep-space photographs, illustrations, charts and graphs.

A Brief History of Time
8
Book

The Case for Mars
9
Book
Capitalism, Socialism and Democracy
8
Article

Of Mice and Men
8
Book
A World Beyond Physics