Summary of Leading the Starbucks Way 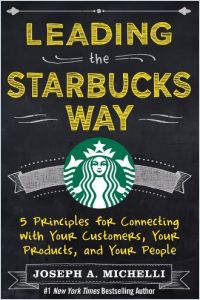 Management consultant, author and podcast host Joseph A. Michelli offers a fascinating analysis of the strategies Starbucks deployed to become one of the world’s most popular brands. With seemingly unrestricted access to everyone from baristas to CEO Howard Schultz, Michelli illuminates the big picture and the nitty-gritty – a discussion of the company’s expansion into India is only slightly longer than a lesson in mixing tea and lemonade. Michelli details the methods that Starbucks uses to energize its employees, its innovations in digital commerce and online marketing, its road map for global expansion, and its efforts to give back to communities. Michelli’s prose can be flat and sometimes jargonistic – and some of the techniques Starbucks uses are par for the course for “best companies” – but the stories and personalities remain compelling. getAbstract recommends Michelli’s portrait of thoughtful success to corporate managers stewarding their companies’ visions and to small-business owners aiming to build the next retail behemoth.

Starbucks has a foundation of customers who are passionate about its brand. More than 60 million people visit a Starbucks coffee shop each week. The company’s Facebook page has more than 54 million fans. When Starbucks launched a discussion-based website to solicit ideas and input, patrons submitted more than 150,000 ideas. Starbucks owes its success to more than a good cup of coffee. Its secret is a real, human connection between employees and customers.

The company’s growth strategies emerge from its relationships with customers, employees, suppliers, shareholders and communities. CEO Howard Schultz says, “If we can infuse love, humanity, and humility on a global basis and build it into a performance-driven organization, we are unbeatable.” Starbucks forges bonds with customers by following five principles:

Starbucks’s leaders believe that relationships are at the core of a successful company’s business. These ties inspire employees to deliver services and products in a way that stresses the human connection. Starbucks’s executives see all of its activities – from employee training to store design...