Summary of Outsourcing to India 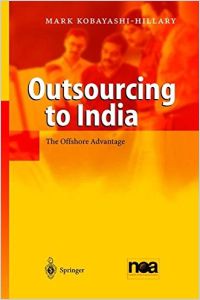 This book has several notable strengths. Author Mark Kobayashi-Hillary, an outsourcing consultant, combines detailed information about India with in-depth knowledge of outsourcing markets, processes and methods. He provides an overview of India and a profile of India’s outsourcing industry, including the major players in a rapidly changing marketplace, important aspects of cultural awareness and thoughts on how to organize your outsourcing endeavor, including vendor selection and contract provisions. At times, the organizational structure of the book is somewhat disorienting, shifting focus from travel guide to outsourcing primer to nuts-and-bolts analysis of India’s outsourcing market and how best to capitalize on it. Occasionally the narrative flow is a bit mechanical, but who really cares? If your company is considering or already has a major investment in offshore outsourcing in India, this book is an outright must read. Despite its structural flaws, getAbstract.com strongly recommends its authoritative blend of practical business, legal and cultural advice.

Mark Kobayashi-Hillary is an outsourcing consultant based in London. He has worked in banking and technology firms in Asia, Europe and the U.S., managing outsourcing relationships in Singapore, India and the U.K. His writing is regularly published in the European press, including The Financial Times, Computer Weekly and Computing.

When a visitor hands two dollars to a begging toddler in New Delhi, it represents almost twice the mean daily income for Indians. The level of wages speaks profoundly both to India’s shocking poverty and to its desirability as an outsourcing partner. India is counting on global outsourcing to help it emerge from a history of overpopulation and impoverishment. Outsourcing generally, and information technology (IT) outsourcing, in particular, could transform India’s economy and generate tremendous savings for consumers as well as profits for the companies that sell to them.

India’s fast-growing outsourcing marketplace is dynamic, if not volatile. It is constantly changing as new players - including smaller firms - enter the market, grow to be major competitors and learn to dominate their niches. New services are often greeted with bemusement, which evolves into mild interest, that may, in turn, result in an abundance of inquiries. Small companies, in particular, thrive by being niche players.

India is clearly the leading location for offshore outsourcing in the world. It has an articulate, educated workforce that is highly motivated... 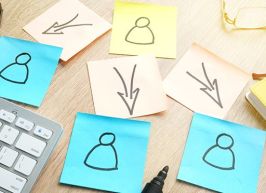