Summary of Redrawing the Map of Europe 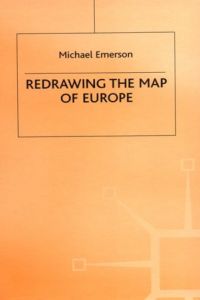 Author Michael Emerson – a former European Union (EU) Ambassador to Moscow and European Commission official – has created a concise, systematic analysis of the cultural background, policy issues and the political-science frameworks surrounding the emerging organization of a 21st-century Europe. This is not a book for the casual observer of European politics – but anyone with a sincere curiosity about the nuts-and-bolts construction of the integrated Europe will be fully sated. The book has the advantages and disadvantages of being densely packed with details, but the strong introduction, conclusion and index help the reader put it all together. Although the publication date – 1998 – ensures that some of this information is dated, the book might actually benefit from its pre-euro publication, in that Emerson’s arguments give full optimistic credit to the potential of a unified Europe. getAbstract recommends this valuable resource to executives with business interests in Europe and all students of globalization.

Michael Emerson is Senior Research Fellow with the Centre for Economic Performance of the London School of Economics and Political Science. He has served as an official of the European Commission and as European Union Ambassador to Moscow. He holds an M.A. from Oxford.

Dynamics of Integration and Conflict

From the perspective of European society, the major opposing dynamics of integration and conflict underlie the continuing development of the map of Europe. Integration dynamics encompass historical, economic and political dimensions.

Perceptually, the northeast and southeast faced a relatively unified west. Economic integration has revolved around the eastward extension of markets, monetary policy and regional redistribution. Political integration has dealt with the resolution of values, power, and security.

European conflict can be categorized into approximately six areas:

And the Weak Suffer What They Must?
8
The End of Europe
7
Russian Views of the International Order
8
Counter-Revolution
8
Straight Talk on Trade
8
Near Abroad
9