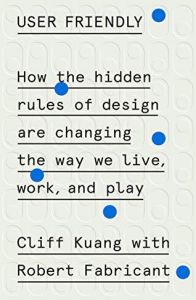 How the Hidden Rules of Design Are Changing the Way We Live, Work, and Play

The review below was first published in the getAbstract Journal on Nov 16, 2020.
We’ve reviewed this title for you as we currently cannot offer a summary.

Brilliant design can transform sheer function into seamless user experiences. Whether they're dealing with toasters or smart homes enhanced by artificial intelligence – the ways that people interact with technology influences society in ways both overt and subtle, both positive and negative.

In Dr. No, the very first James Bond film, agent 007 infiltrates the underground lair of the titular villain. There he finds a giant radio beam pointing at the sky that could, in a somewhat opaque fashion (hey, it’s a movie) start World War III. A nuclear pool reactor powers the beam, and Bond must disable it to save the planet. Disguised as an employee in modish personal protective equipment, Bond sneaks into the reactor, finds a machine labeled “Danger Level” and simply cranks up the dial. It’s no spoiler to say that, at the end of the film, Bond lives to die another day.

The “Danger Level” device seems like pure silliness. But imagine that Bond was instead confronted with a complicated system containing hundreds or thousands of mystifyingly labeled controls, each having multiple functions; a color-coded alert system, in which a single shade of red could have dozens of meanings; and a layout so complex that Bond could hardly locate the needed dial. We might have 27-installment franchise about a mad scientist, not a dashing secret agent.