Summary of Leadership U 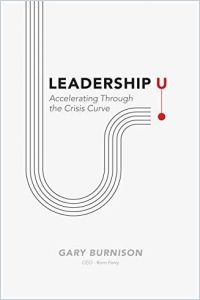 In July 1969, NASA astronauts Buzz Aldrin and Neil Armstrong became the first people to land on the moon. Their spacecraft’s computer was supposed to manage the landing, but right before touchdown, Armstrong saw it maneuvering the lunar lander to the boulder-strewn edge of a crater. He immediately took manual command and landed safely. Armstrong’s quick-thinking action demonstrates the initiative and know-how of genuine leadership, as Korn Ferry CEO Gary Burnison spells out. With fascinating leadership vignettes and real-life leadership lessons, his engaging text teaches you how to develop your leadership edge.

Gary Burnison is CEO of Korn Ferry, a global corporate consulting firm of more than 7,500 professionals.

Leadership is never solitary. It concerns and depends on other people.

In 1969, when astronaut Neil Armstrong assumed manual command of the lunar lander, he was separated by hundreds of thousands of miles from all other human beings except for the two members of the Apollo 11 crew. His decision to take command of the Eagle lunar lander might seem like a dramatic example of solitary leadership. It was all that – and more. Armstrong had an entire organization supporting him and helping with the landing. Leaders cannot achieve their goals alone.

Ultimately, leadership is about other people. By communicating and elevating an organization’s purpose – its reason to exist – leaders inspire others to believe in and follow them. When a leader’s followers rally behind their organization’s “why,” their self-interest transforms into an inspired, shared purpose. Followers want to belong to something larger than themselves. This shift from the personal to the organizational gets everyone working together toward a common goal. This “me-to-we” shift is essential because a leader can’t go it alone ...